Yoga Symbols Explained – In your yoga class you meet different symbols that you have no idea what could mean. You could have seen these symbols on the walls, the maps, on the clothes of your yoga teacher. 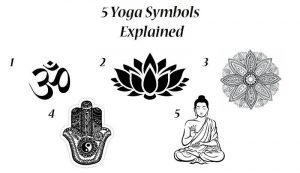 Even tattoos with these Yoga Symbols are becoming more popular. In this article I will explain you the true meaning of the 5 common Yoga Symbols. So let’s start it! 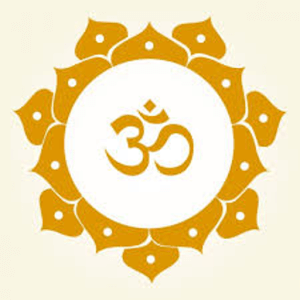 OM – This symbol is the most popular for yogis. It is not only used as symbol, but also as sound at the beginning and the end of every traditional yoga class. OM is the symbol of oneness. It is also the most powerful mantra, being the first sound of the universe. When you are reading the symbol, it is made up of the letters A U M. The symbol is believed to represent the three letters. The three is “AHHH”, the little tail is “OOHHH” and the top part of the symbol is “MMM”. The OM symbol is very powerful, it is used for thousands of years in the Hindu culture.

Lotus Flower – it is a very powerful symbol which represents the divine within us. The lotus flower has its roots in the mud, being a symbol for us living in suffering. But the lotus flower manages to come to the surface to feel the sunrise and to bloom. The whole life of a water lily or lotus flower is symbolism for the process of enlightenment. It is also the symbol of new beginnings and the purity of our soul. It is also one of the most powerful Meditation Symbols.

Mandala – it is a visual representation of elements arranged in a balanced and harmonious way. Mandalas are the representation of the universe as it is, balanced and united. Mandalas are also a very powerful meditation method, helping our mind to find its balance in the harmonious designs. This balanced unity can be met in so many aspects of our lives, we only have to open our eyes.

Hamsa – It is the universal sign of protection. This one of the Yoga Symbols is the most complex. The name “HAMSA” comes from the five fingers of the symbols. The most important elements of this symbol are the down facing fingers and the so called “evil eye”. All of these elements have the same utility, to protect, to bring luck and also to bring strength.

These Yoga Symbols are very powerful. They can help you with your daily yoga practice or your life in general. If any of these Yoga Symbols capt your attention, then start to use it. Make your own altar for Buddha or bring peace into your home with the OM symbol. Namaste!