Transcendental Meditation (TM) is a sort of Mantra Meditation . Maharishi Mahesh Yogi developed firstly this kind of meditation, in India in 1955. Then it spread in the western world. Maharishi Yogi and his meditation became very popular in the late ’60s and early 70’s, becoming the guru of celebrities such as the Beatles and The Beach Boys. 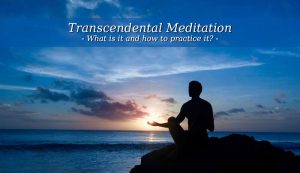 Transcendental Meditation – One of the most popular meditation practices

Transcendental Meditation – How to practice it?

TM is a relaxing meditation based on the use of mantras. It is practiced twice a day for 15-20 minutes. The mantra consists of names of Hindu deities. And it is different depending on your gender and age.

I have some bad news and some good news. I will start with one good news. You can learn how to practice this meditation with the help of a licensed instructor. The bad news is that you will have to pay to learn it. And it is not cheap. A course of TM is around 950 USD. Which is a lot, in my opinion. And the high prices led also to a lot of controversies about TM. Just think about the price and the fact that over 5 million people practice it, daily. Anyway, I have another good news. There is a similar meditation practice created by a licensed teacher in TM. It is called Natural Stress Relief and it is much (much much) cheaper. It costs around 47 USD. But if you are not willing to pay, you can try a simple mantra meditation.

If you can afford to learn to practice Transcendental Meditation, then it is a good investment. The high number of practitioners can prove you that it is not a hard meditation and it is effective. Enjoy!

Share
Previous Why Am I Always Hungry
Next Taoist Meditation