The difference between Religion And Spirituality 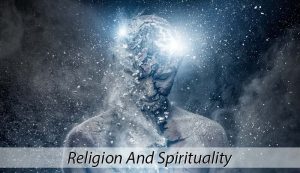 They are different from a very important point of view. Spirituality makes you brave. On the other hand, religion show you fear. It tells you to fear God. It also lets you know the consequences in case you are not afraid of God and you don’t love Him. Also, spirituality helps you to have faith in yourself and act on love.

Is there a real difference?

Religion separates you from other religions. All of the religions tell you to worship their own god. Spirituality is much different. A spiritual work will get you closer to other kind of spiritual works and practices. Spirituality sees a certain amount in every spiritual practice and encourages you to try to find that truth in each of them. Other big difference between them is that religion tells you the truth and spirituality allows you to discover it. Spirituality connects you with your Higher Self. Religion And Spirituality are two different things. Religion makes you dependent, it forces you to attend religious events to be worthy for being called religious.

Spirituality makes you independent. It shows you that your happiness is independent of any physical thing. Religion punishes your, on the other hand spirituality has karma. Religion tells us that if we sin, we are going to be punished. Karma is different of punishment. It is a reaction to all of your actions. They can be good or bad. Religion forces you to follow a certain pre-established journey. Spirituality allows you to create your own journey by learning and practicing spiritual work.

In this article religion may seem bad in certain ways, but it has too many rules that won’t let you grow spiritually. But the good thing is that you can be religious and spiritual at the same time. You can follow a religion and start to practice spirituality. If you feel you need to grow spiritually, don’t let your religion’s rules stop you!

Share
Previous Signs Of Spiritual Awakening
Next Origins of the Kabbalah