Parallel Lives Meaning – The concept of parallel lives firstly appeared in 1998. And the concept was created to describe non-physical lives that are different from the one we live today. For example, in the physical world you are a married man with three children and you work as a doctor. In a parallel life, you might be gay, unmarried and working as a waiter. These parallel lives mirror aspects of your being that are complementary to your physical life. 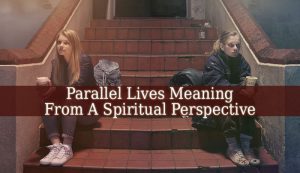 The number of parallel lives also might vary depending on the faze of ascension that a person is in. It is believed that someone who already started his/her Spiritual Ascension have less than 24 parallel lives.

There is another theory about the parallel lives and their numbers. Pushed further in 1999. According to this theory, every action made in this physical life, will create a parallel life. This parallel life will continue with the opposite of your initial action. Hence, the number of parallel lives depending on each of your decisions and actions. Resulting in way more parallel lives than 24.

The concept of Shamballa is very important for those who believe in parallel lives. The Shamballa is the place where our non-physical lives are lived. It is some kind of other dimension or spiritual world. Shamballa contains the planes where incarnate beings and spirits live. These planes surround Earth and split into numerous other vibrations. These splits are the parallel lives.

The Shamballa and its theory surfaced in 1999. When there were 36 parallel lives. 18 of which are believed to be directly related to our physical forms. And 18 entirely separate realities from our physical one. 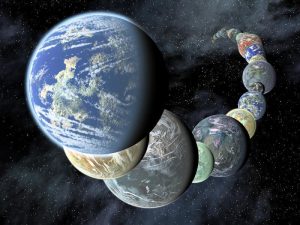 Numerous spiritual teachers, masters, psychics and mediums intended to understand the true Parallel Lives Meaning. There are numerous theories on its origins and functions. But there is nothing concrete. This theory of parallel lives mostly originated from scientific discoveries about the multi-dimension. The New Age and esoteric philosophies somehow integrated this concept into their teachings.

If you want to find out more about parallel lives, you can find plenty of articles from 1998 until today. But you should know that there are numerous contradictions due to the high numbers of theories. So, if you really want to understand this concept, you will have to sacrifice a big portion of your daily life to the research. I only scratched the surface of the whole concept of parallel lives.