Home / Angels / What Is A Celestial Being?

Most of the religions of the world are teaching us about some celestial divine beings. The term Celestial Being means a creature from the sky and it usually refers to angels. God created them as light beings. Their main purpose is to help God to create the world. They are very powerful angels who are helping and guiding humanity. 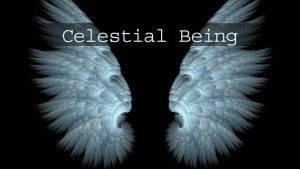 There is an interesting hierarchy with strict responsibilities for every Angelic Being. But the two main types all of us heard about are the angels and the archangels.

Celestial beings in Judaism – In the sacred book of Judaism, the Torah, the angels are known as “the messengers of the Lord” or “the upper ones”. The first angel/archangel mentioned by name in the Jewish culture is Gabriel. You can find him in Daniel 9:21, who later also mentions Michael in Daniel 10:13. These two archangels are mentioned by name because they are linked to the apocalyptic visions of Daniel. Later more and more angels started to appear in the Torah, getting unique personalities. In Judaism the most important is Metatron. We can also find him in the Talmud. In Judaism angels are not a something to worship. They are only messengers or tasks. After completing their tasks, the celestial beings stop to exist.

Celestial beings in Christianity – it is a fact that Christianity and their belief in angels and other biblical creatures is inheritance from Judaism. Such as in Judaism, in Christianity the celestial beings were seen simply as messengers of God, gaining afterwards unique significance. We know a few angels by name, such as Gabriel, Michael, Raphael and Uriel. In Christianity angels became more and more popular, becoming a way of connecting to the Lord. The concept of guardian angel took life. In Christianity, people don’t worship angels as they do worship God. But people do pray for their help and guidance.

Celestial beings in Islam – in the Islamic a Celestial Being is considered a messenger of God, being mentioned in sacred texts of Islam, such as Qu’ran and Hadith. In Islam, they are servants of God. They have no free will, they do their task given by God. Believing in angels is very important in Islam, being one of the six “Articles of Faith”. The most popular angels mentioned in the sacred texts of Islam are Jibrail, Michael, Israfil, Darda’il, Archangel Azrael and many more.

The celestial beings or angels always fascinated humanity, the human mind and the human spirituality. These beautiful and powerful creatures are messengers of God, guardians of humanity and the protectors of the entire world.