Archangel Sandalphon is the twin brother of Archangel Metatron. They are the only archangels that were human beings before they became celestial beings. The meaning of the name Sandalphon is “brother”. He is the patron angel of music. Archangel Sandalphon’s most important responsibility is to carry our prayers to God. He has to make sure that the prayers arrive and will be answered. 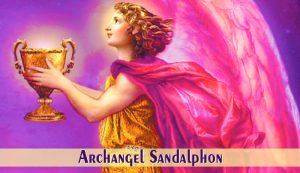 Archangel Sandalphon in the sacred texts

It is believed that Sandalphon joined to become an archangel next to Archangel Michael to fight the evil forces of Satan. Also, he is the leader of the Seraphims. This group of angels are surrounding the Throne of God. It is also believed that Archangel Sandalphon is the patron of The Earth, maybe because of the fact that he was human once. 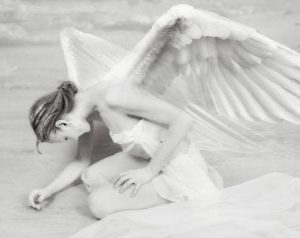 There are also legends that Archangel Sandalphon is in charge of differentiating the gender of a child before it was born.

Before becoming one of the celestial entities, Archangel Sandalphon lived as the prophet Elijah. He ascended to Heaven when he passed away. It is believed that He is the angel who is responsible in presiding at the exit of the sphere where is The Tree Of Life. Metatron, his spiritual brother, being the guard of the entrance.

You can call upon Archangel Sandalphon when you want your prayer to get to God. He will take care of it. He is also very helpful for musicians. If you are a musician with lack of muse or full of issues and doubts, pray for Sandalphon’s help. He is also very good in developing a proper connection with God. This archangel will help you connect with your inner spiritual world. His presence will fill you with security. Sandalphon can make you feel God’s love and how much care God bears for us.