Archangel Jophiel is one of the seven most important archangels. Firstly, her name’s meaning is “Beauty of God”. Therefore, her name tells us that she is the angel of beauty. By being the angel of beauty, Archangel Jophiel has a very feminine energy. Her main mission is to bring beauty to our thoughts, feelings, personal care and home. You also find the archangel under the names of: Iophiel, Zophiel, Iofiel, Yophiel, Zaphiel or Jofiel. 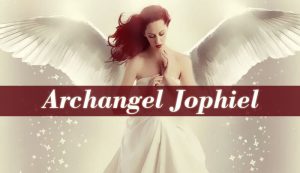 Archangel Jophiel can help you to think more positively about your life and everything that surrounds you. She can fill your heart with gratitude, love and happiness. Jophiel can guide you in self care and beautifying yourself and others. She can also help you to beautify your home.

You can pray for her help when you are overwhelmed by negative thoughts. She can quickly set your mind to positive thinking. She is also great in solving misunderstanding in your relationships. Jophiel can help you with your own inner and outer beauty. She can help you gain beautiful hair, skin and clothes. But she can beautify your soul too at the same time.

Pray for Archangel Jophiel’s help to beatify your life. You are going to feel more happy, satisfied, glad and joyful. She can help you see the beauty in yourself. She can teach you to love yourself. 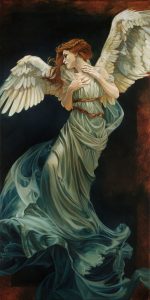 The Zohar, sacred text of the Kabbalah, says that  Jophiel is a good leader. She directs 53 legions of angels. And she is also one of the archangels who help Archangel Michael in battling the evil. She is the archangel who who guarded the Tree of Knowledge. According to “How to Distinguish Saint in Arts” and “The Christian Lore of Angels”, Archangel Jophiel is the one who had to cast Adam and Eve from the Garden of Eden. Now she guards the Tree of Life with her flaming sword. Other religious beliefs say that Jophiel is the guardian angel of artists.

Archangel Jophiel is the companion of Archangel Metatron. The Torah mentions Archangel Iofiel as the Prince of Law. Being amoung the 7 archangels, in Judaism. And being equal to Yefefiah. The archangel also appears in The Zohar 154a as Zophiel. He helps Michael, alongside Zadkiel, to bear his standard for the battle.

The different identities of Jophiel

Jophiel is often associated with Yefefiah, in The Torah. Yefefiah being the archangel who thought the Kabbalah to Moses. And he is sometimes identified as Archangel Metatron. 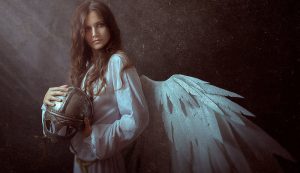 As Yofiel, the archangel is believed to be The Prince of Torah. Being the commander of 53 legions of angels, as I mentioned above.

Archangel Jophiel’s color is dark pink. Therefore, if your start to see dark pink in your life more often or if you start to like that color means that Jophiel is helping and protecting you. 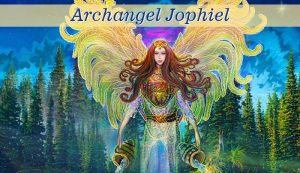 Numerous sources associate the angel of beauty with Zophiel. Although they seem different angels. The meaning of the names is even different. Zophiel means “God’s Spy”. And he is a very popular angel in the Solomonic conjuration rites. Being invoked in different prayers such as Master of The Art.

Zophiel is one of the 2 angels assisting Michael in bearing his standard in the battle. The other angel being Zadkiel. But the archangel appears in many other writings and books. For example, in Paradise Lost, he is the one who reports to his rulers about the revel crew. The fallen angel wanting to attack more fiercely the second time. Hence his name as the heavenly spy. But in The Messiah by Klopstock he appears as the herald of hell.